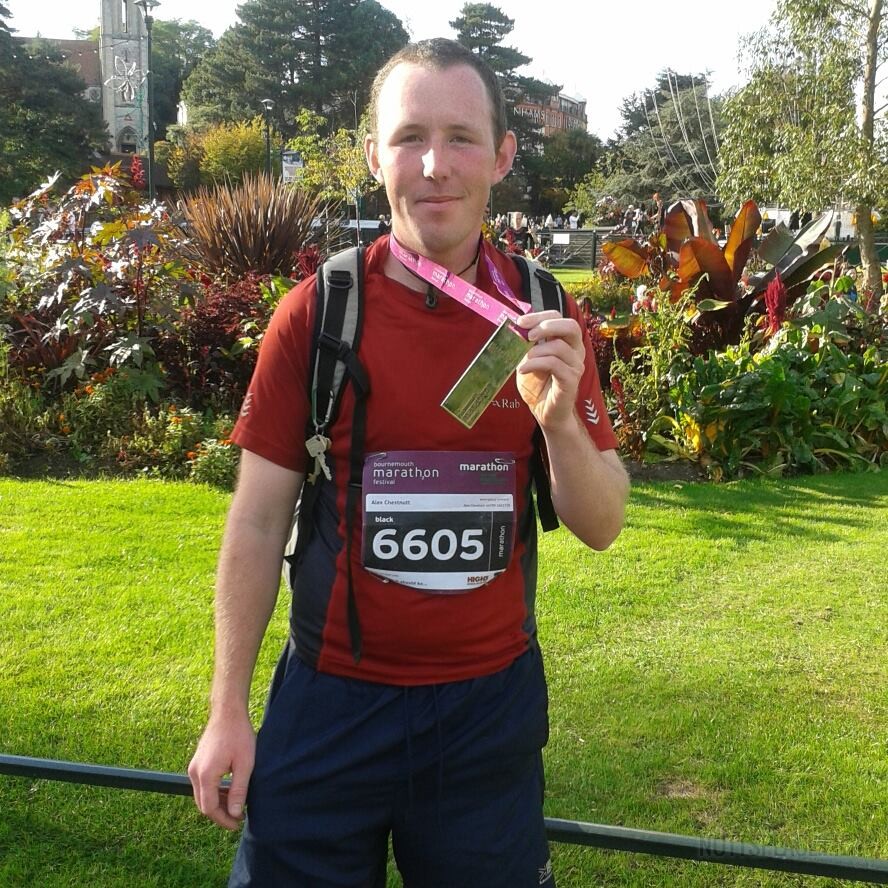 That’s all folks! Run Nutt Boy ran and Won! Yes I won as my aim was to complete the course which I did and I’m happy that its done 🙂

The only person you’re competing against is yourself

So Sunday morning I was up early as was not feeling great and it wasn’t nerves as hadn’t felt 100% all week. I got some porridge and banana on board around 7am. I then got some more sleep till 8:15. I had a shower and got my race kit on. I took the decision to get 2 imodium in me.  Had my joggers and hoodie on top of my kit and headed for the bus. It was nice to chat to some others on the bus which help to settle my nerves. Here I met another guy doing his first marathon. At the start I was chatting to a guy who had done 8 marathons and was just getting ready. He was sorting out his insoles and also offered a couple of pills to stop cramp, dunno if they worked but i didn’t get cramp!

So race time I was there focused in my own little world with music in my ears and up to the start line we had a walk of around 400m before we started running as I was close to the back as I had entered a predicted time of 06:30hrs not knowing what I would be doing. Up to this point my longest run was 16 miles in around 3 hrs so today was all about new PB’s on distance and possibly time.

The first 9 miles went ok and I was fueling well at each point and had 1 toilet stop. It was at this point between the 9/10 mile i saw the pick vehicle that was following at the 6:30hrs mark ok he was the other side of the road at 6 miles  but its was still a good motivator to move my ass! From here it was on to the front and along to Boscombe there we headed up hill through the chimes here I passed a lot of people walking the hill, it seems I’m not to bad at pushing up the hills and it’s a different muscle group so its a rest really? Just beyond the top and that was the halfway point and not feeling bad even though it was getting hotter and hotter!

From here it was along to Bournemouth pier before back to Boscombe pier and just after 16 miles while dodging some ambulances for some fallen runners I had Lisa hand me my next pack of 3 gels. It was then on to face the big hill at around 18 miles. I managed half the hill before i started to hit the wall, I try to keep pushing through but ending up have to walk the later part at a fast walk. At the top was more water and a quick toilet stop from here the next 2 miles were hard between fast walk and jog. Then around 20 miles I got a second wind and pushed again and was doing well. Then 22-24 were a struggle. It was then i found a good tune and decided in my head anyone can run a mile without stopping so I can run the last mile without stopping and so 25 mile marker tunes to the max and I ran and ran. Then as I came up to the last 300m I lost it and thought all or nothing and sprinted it home getting a massive cheer and must have passed about 30 people, crossed the line and a massive fist pump in the air with a massive shout of “Yehhhhhhh, done it!”

So what does it take to do a marathon? The right mindset, determination, failure and according to my logged stats [including the marathon] 27.18hrs, 152.61 miles and 23 workouts

So yeh that’s its marathon done! [looks like ill be doing Stroud Half in a couple of weeks, best get training]