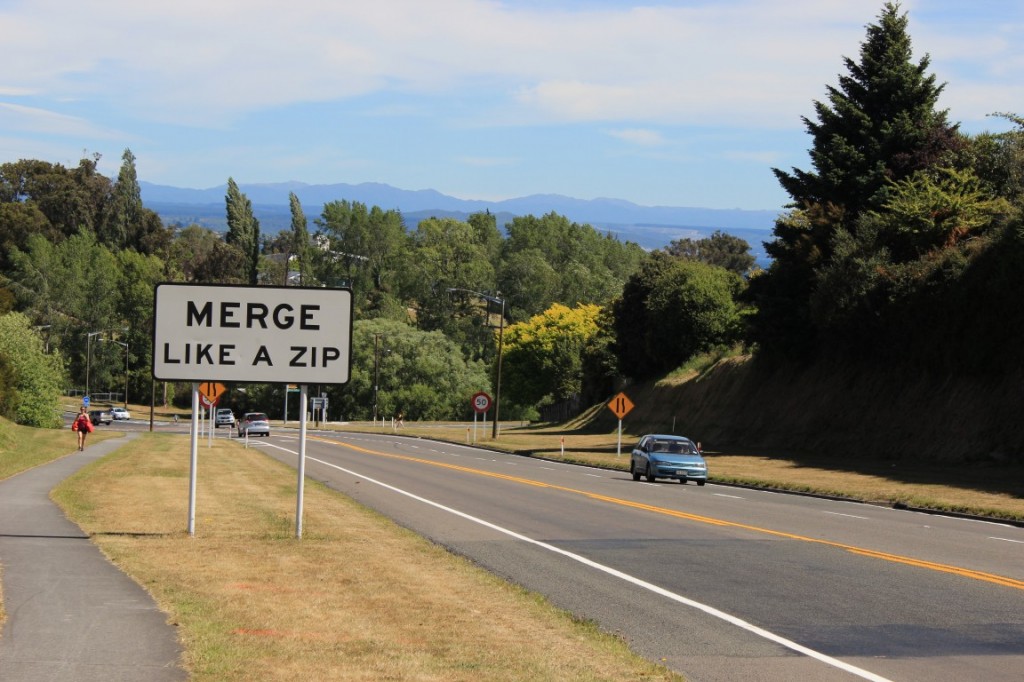 Here I go again on my own…

… going down the roads in Taupo i don’t know.

So Monday morning in Taupo back on my own travelling and staying in budget accommodation with budget food, shame I was just getting used to the nice life. I decided I would today head to the Taupo Bungy area and then on along Spa Rd. to the Huka falls walking track which it said would take around an hour.  I turned up at Taupo bungy and managed to get on to their WiFi, I then had a substantial Skype conversation, but also managed to get some stuff sorted online including blog updates and booking the inter-island ferry among other stuff.

After this with a substantial weight backpack all camera kit + all laptop kit + food and water for the day I think I was pushing 9/10Kg which probably explains the sweaty back, lovely! It’s an enjoyable walk with a well-trodden path as I was strolling a long and not pushing it, rather hot day; it took about an hour to get there. It was a little disappointing as it’s a small fall but still worth a visit as the river pushes through a gap of about 10m wide and the effect makes for some great rapids.

From here I headed on along the river valley on the other side to Huka Honey. It’s a small shop which has a beehive on one side you can look through glass at, lots of information on honey and bees and then a small café. It also offers free honey tasting and sells honey ice cream. I like honey; I love ice cream so honey ice cream is a win! From here I headed back to town along the same track I came along and stopped for a late lunch on the way. In town I went to the post office and on to Mc D’s to see if I could jump on their Wifi. I could but it was painfully slow so I just headed back to YHA. I cooked up dinner and then headed back to the lake front to see about some more time lapse. They came out ok, still need to work on it but they look quite good.

Tuesday, today I decided to head to the Taupo museum it had some good reviews and thought it might be good to find out a little history on the place. So I followed to where it is on the map, about a 3Km walk on the other side of town. I got to where it should be on the map and walked a little further down the street to see if it was not quite right on the map. I gave up and turned around just as a woman in a car pulled over and said where was I looking for. I explained the museum and she said your way out it’s in the middle of town. I showed her the map I had and she explained it was wrong and it was behind the i-Site in town, less than a kilometre from the YHA. She told me to jump in as she was going to town anyway 🙂 so I got a free lift back, not all bad.

When I got in the Museum I explained the dilemma I had had and they were kind enough to let me in for free [normally $5/£2.55]. It’s a very small museum but it did have the history of Taupo and some info on it’s Maori origins. It also had the Gold winning Chelsea flower show garden there as well, which was probably the most interesting bit. It didn’t take long to get around the museum and soon I left and headed back to the YHA to have lunch.

In the afternoon I decided to head to Taupo Winery thinking this could be a good opportunity to try some local wine. It was a good walk of around 6Km from the YHA but I sun creamed up and went for it. On the way I stopped at a lookout point and admired the view across the lake and to the mountains beyond, one which recently has been erupting. On to the winery, which turned out to be café which served local wine and had a view over the vines, not impressed I decided to return to the YHA for dinner. On the way I saw the funniest road sign I have ever seen ‘Merge like a zip’ see the pic below.

After dinner I considered more time lapse at the lake but as it was still early though I would pop to the Scout HQ to see if any were there. Luckily there were some Cub Scouts, so I chatted with their leaders for a short while before they said would I talk to the Cubs about UK Scouting and my experience. I did and they seemed interesting ask all sorts of questions. I intend in a couple of weeks to drop off my local badge and pick up one of theirs.

On returning to the YHA I took a turn for the worse with an upset stomach, I spent a while between bed and the loo before finally relaxing in bed feeling rather tired and hoping that it was just a quick issue. Luckily the next morning I felt much better. 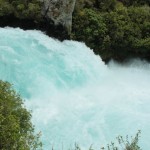 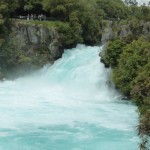 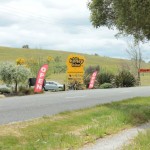 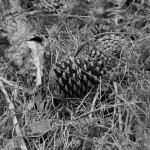 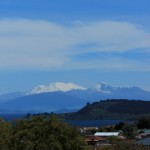 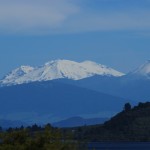 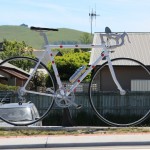 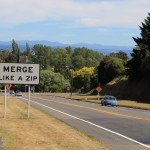