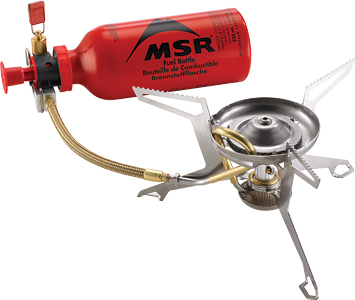 MSR Whisperlite 2012 and other stoves – Review

So finally I decided it was time to invested in my own camping stove. Having looked around at a number of different stoves and having used an MSR Dragonfly then it was going to be tuff to find something that would be up to that same standard.

I looked at the following stoves and nope not I’m affiliated to Cotswold Outdoors [but I do get 20% of as a Scout] or GoOutdoors;

This device is great and if you want lightweight and a multi fuel stove that burns pretty much anything you chuck at it including diesel then look nowhere else, ok you can get a Primus version but this has the MSR shaker jet to clear fuel blockages which cheaper brands don’t have, this came in use in Uganda when I used the stove. Other advantages include the flame adjustment value on the stove itself. The down side is that its not cheap but then its MSR and top notch stuff if you need to be small and lightweight. Check it out on MSR site or gooutdoors

I used this device recently in Guernsey [Cheers Chris] I have also seen the version I as PJ has it and well his is still in good condition so there very hard wearing bits of kit. There very cleaver as they have the ‘bottle’ built in to the device. It is also a pump pressurised stove and has a solid base to it. It runs of Coleman liquid fuel or unleaded. Has a flame adjustment and also lightweight just a little more bulky compared to the likes of others, still a great bit of kit and comes in a plastic casing. Check it out on Coleman site or gooutdoors

This one come 100% ‘Bodge’ approved, its a great gas stove. He loves this and has had it about 18 months and loves nothing more than to boil up some hot water for a fresh coffee.  It has its own specially designed cooking cup and can get you boiled water in around 2.5 minutes great for a boil in the bag or cuppa out on route if you haven’t a lot of time, check out on Primus site or gooutdoors

As you can see there are a lot of great bit of kit out there for but myself it was the MSR Whisperlite International 2012 as its size, weight and cost were all just right and the 2012 over the 2010 model has a new design of leg stand which im sure we will see appear on the rest of MSR kit including the dragonfly. Without the redesign and much more stable design of the new Whisperlite then I would have stretched to the cost of the dragonfly.

Full details on the MSR Whisperlite 2012 [£100 from Cotswold Outdoors, £90 from GoOutdoors] can be found on the MSR site but below are a few images of mine with the 20Oz bottle [bottle not included £16 from Cotswold Outdoors] I originally purchased the 30Oz bottle but the advantage of the 20Oz is that it fits in the bag with the cooker when all packed down, not essential but handy to keep it all together. That said there is only a £1 difference between the sizes so makes sense to get the bigger one if you have room, I was going for lightweight and small. 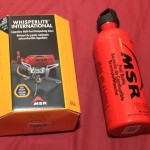 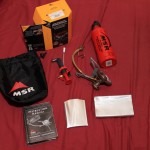 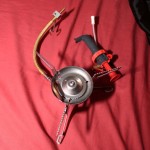 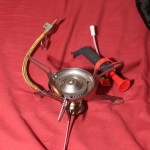 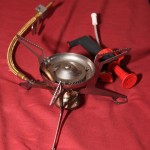 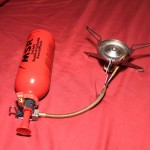 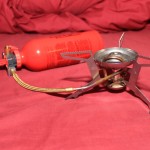 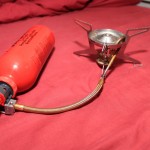 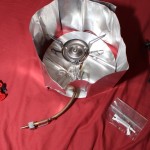 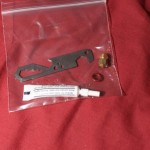 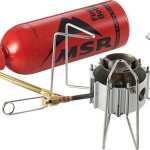 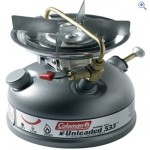 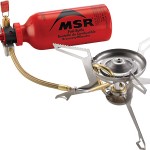