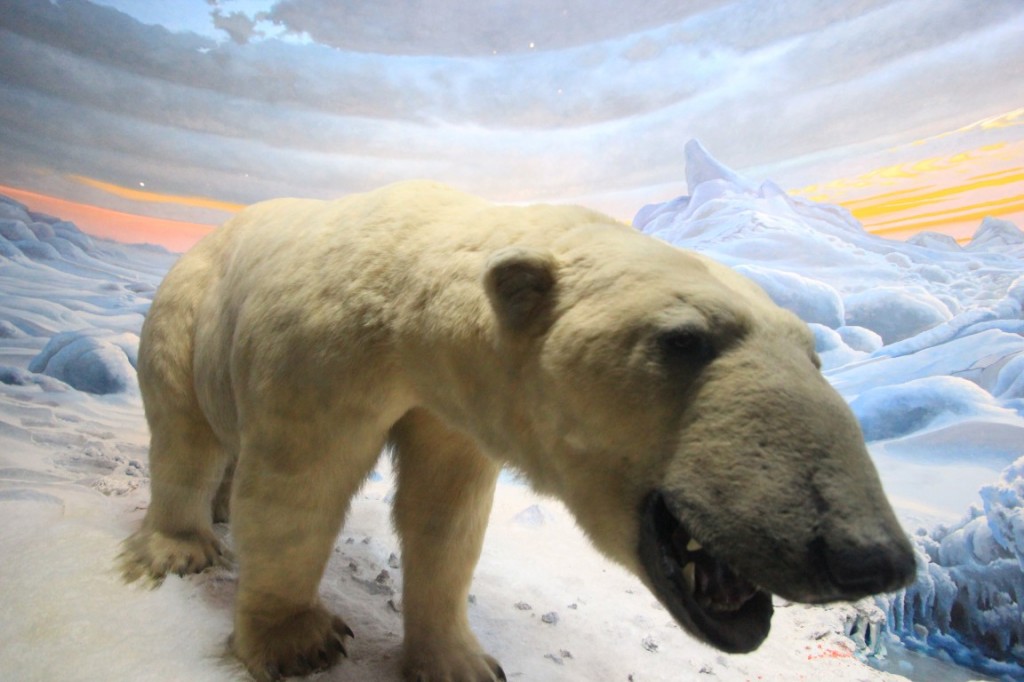 Wednesday, brought with it yet another lie in. We must be getting very tired and needing much more sleep or we’re getting used to this travelling life.
When we were eventually up we headed on the Subway towards the Bronx. The Bronx has the Bronx zoo which is on Wednesdays pay what you wish i.e. donation. The normal cost is $16 we had planned to pay $5 each. Took around 45 minutes to get there and when we arrived it looked rather dead. We paid five dollars each and entered immediately thinking this was probably not the best idea. It was a very cold day and the wind was putting an even colder chill factor on the already -10°C.
We found that the zoo had a camel lots of squirrels lots of peacocks and very few other animals out during this time of winter. I’m sure that during the height of summer is a wonderful place to go in New York however during the winter months it’s probably best avoided. After spending probably an hour there wondering around and seeing the few animals that we did, the most interesting probably being grizzly bears playing with ice, We decided it was best to leave the scene had tried to find somewhere a little bit warmer.

We got on the number 2 Line Subway heading back downtown towards 81st Street. This took over an hour and sadly there were no express check trains at that time on our line. We got off at around 79th Street and a couple of avenues over from where we want to be. We were heading for the Natural History Museum, on route we stopped into a pizza house and picked up a couple of slices of each. We continued whilst eating pizza towards Natural History Museum our hands slowly freezing. We arrived and quickly finished pizza and made our way in.

We had read the small print on the Natural History Museum website as a normal entry cost is $19 each however we had found out that this was a suggested donation and that you can actually pay what you wish. Armed with $5 each we made our way in hoping not to Bethought out as being very tight and stingy. So when we spoke to the woman at the counter and said we would like to make a suggested donation she was okay with this and when we handed over $10 in two $5 notes she even told us keep $5 to go get a hot chocolate as it was very cold day, bargain! We had just saved $33. Yes £1.50 each to getting to the Natural History Museum.
We spent around about two hours in total in there and could’ve had easily a whole day there. There are many levels covering space and technology to where the history of man comes from many stuffed animals including my favourite mountain lions and even dinosaurs! I would’ve happily paid the suggested full price $19 for a full day as it is very educational and worthwhile.
The Natural History Museum is where they also filmed Night at the Museum.

We then headed back to Union Square as Amanda was looking to get another jumper And I have seen in Best Buy they had a tripod for $10. I had no luck but Amanda however did, ending up with a child’s jacket she tried on the extra large and large ending up with the median, we were both surprised as we thought we’d eaten more pizza than this.

After leaving here we went back to the apartment. 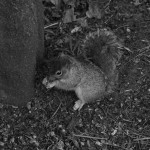 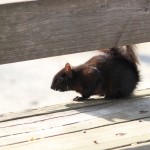 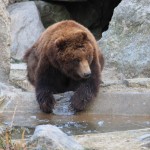 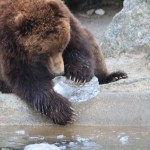 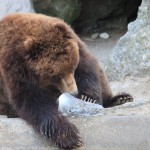 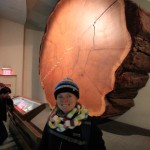 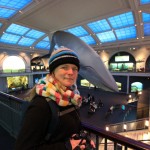 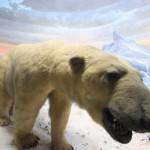