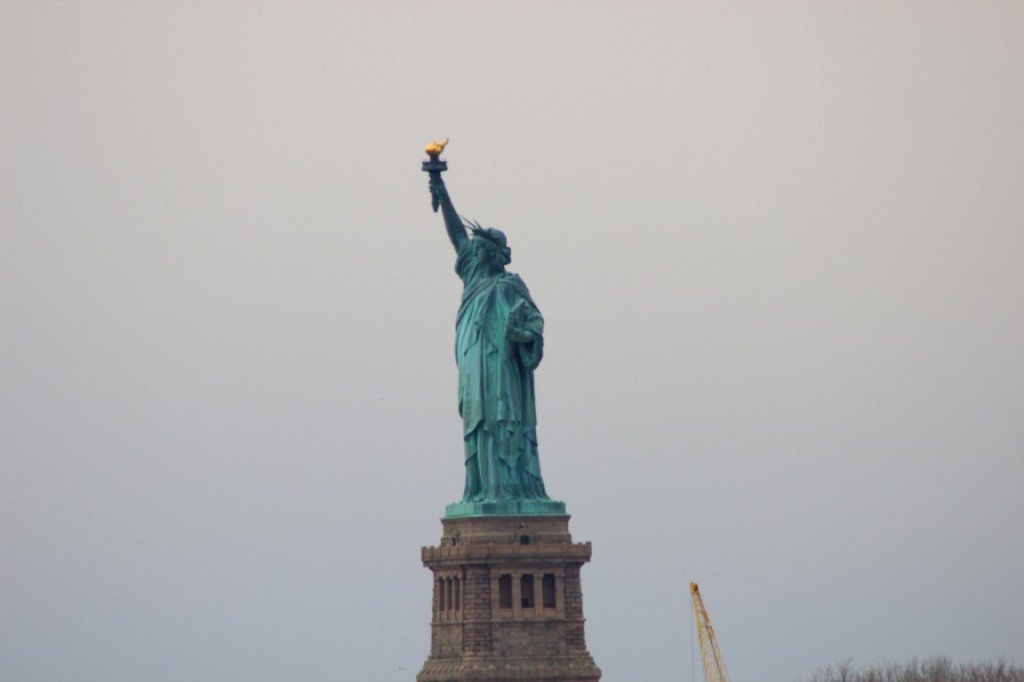 Monday had arrived and with it a trip down to the Staten Island Ferry to go across to the island and back. The Statton Island ferry on its route goes past the statue of liberty, this is a free ferry as it’s a commuter ferry from Statton Island to the financial district and lower Manhattan. To get to the ferry terminal it involved a quick trip on the subway from 59th St. down to Bowling Green on the green line.

Just outside we picked up a coffee from Starbucks before entering the terminal and getting the 12 o’clock ferry across to Staten Island. The ferry left on time and was full of tourists also trying to get a glimpse of the Statue of Liberty. It is not possible to take the normal paid ferry to the Statue of Liberty as the island and statue are currently closed due to storm damage after hurricane Sandy. So taking the ferry to Staten Island is the only way to get close to the statue at this time. The crossing to the island takes around 25 minutes and there is a return boat every 30 minutes on the hour and half hour. Most of the tourists on the boat when it arrived ran round and queued backup to get straight back onto the return boat. We however decided to have a wander around as we thought we may as well having come across to the island. It was a bitterly cold day and so we did not wonder far, we did however wondered along the shorefront past the Staten Island Yankees baseball ground just beyond this is the Statton Island 911 memorial ground. You can see this in the photos below that the curves of the statues are either side of where the buildings would appear looking back towards the financial district back on Manhattan.

We then got on the 1pm boat back to Manhattan Island. From here we went to Bowling Green subway to get the subway across to Brooklyn Heights Clark Street station. Here we followed one of the walking routes in the lonely planet guidebook. The walk starts at the St George hotel and ends up at Janes carousel it is around 2 miles in distance. The route goes through a very pretty area of Brooklyn with many terraced houses which the majority of very well kept. The route also goes past Truman Capote’s house which is where he resided whilst writing Breakfast at Tiffany’s. The route then continues down the Brooklyn Heights promenade this looks back over towards Manhattan and also offers a great view also of the Brooklyn Bridge. The area around there is all under construction and some of the piers are being regenerated for new business. It continues on and passed the Brooklyn ice cream factory this Amanda has told me about the night before and got me quite excited about going to have ice cream. It turns out however it was closed also due to damage from hurricane Sandy. Continuing along the route under Brooklyn Bridge and finished up at Janes carousel which was also closed, yes due to hurricane damage.

From here we went to one girl cookie bakery and had pumpkin whoopee pie cakes which were very nice if a little odd by the name. After our small cakes and an extra piece of cake we shared we headed back towards the High street subway station which took a little bit of finding. As we started our walk towards the High street station it began to snow lightly. It was very cold out today and we were both wrapped up warm with the snow this brought some excitement.

We took the subway to union Square, here we got off as we fancied having a look around before going back to the apartment. The main reason for this was the flatiron building, this being one of the famous sites in New York City. On exiting the subway became across a shop called Best Buy, this sold everything electrical from cameras, iPads to electric guitars. We had a look around and I bought a lens cleaner for our cameras. Naturally I looked around most of the other electrical items. We headed out of here and on to a shop called DSW. As in the guidebook it states that from the fourth floor of the shop you can get a good view over union square and also towards the Empire State building. We also discovered on the third floor a shoe shop so Amanda went into have a look around. I couldn’t find any good approach shoes to replace my Scarpa shoes however Amanda found a pair of Merrills which are Gore-Tex for $80/£50. From here we headed towards the flatiron building. On arrival we took many photos before crossing the road to a local park which had a strange glowing structure in it and a very interesting clock tower building behind.

After this we returned to the apartment for beer and Netflix, what a day. 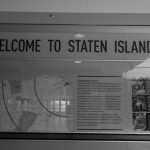 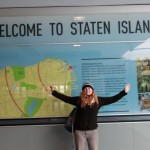 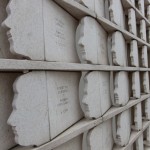 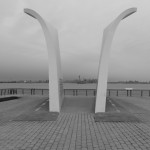 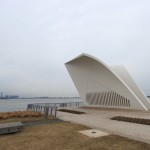 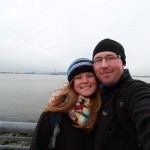 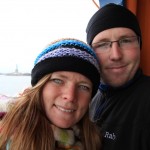 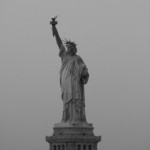 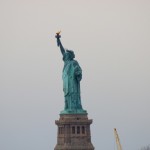 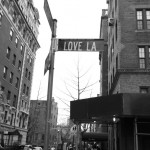 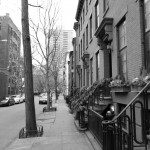 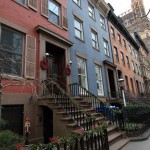 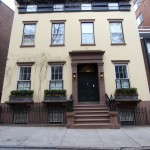 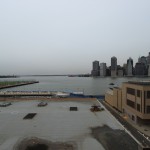 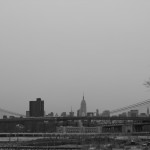 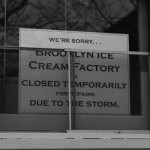 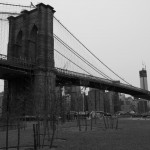 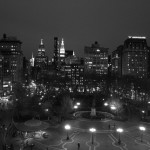 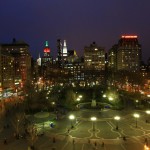 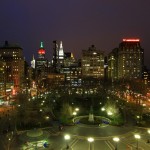 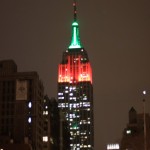 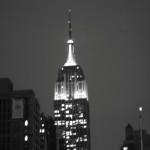 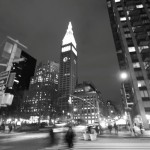 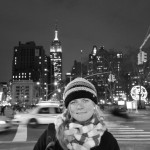 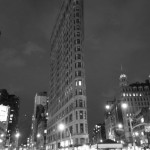 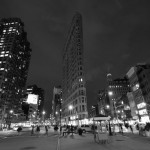 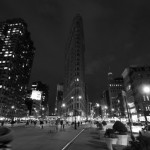 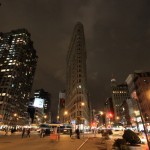 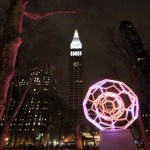