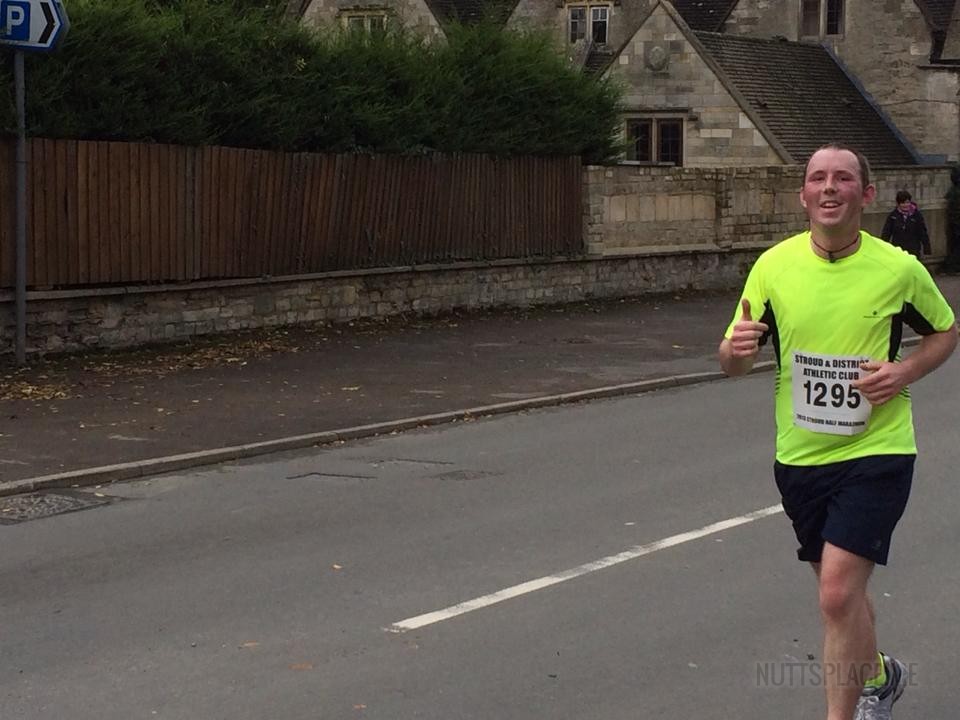 Half the game plan, half the effort Right?

So the day after Bournemouth Marathon I enter for Stroud Half Marathon. Only 13.1Miles so a walk in the park really? Well my split time on the marathon was 2:16 so being easier surly I could run that quicker? I had a bit of a crazy idea that I put to my coach of going for a sub 2hr run on the half! Sounds easy right? Well here’s the Maths for you below

Now a week before the Half I had been out for a run in Bournemouth for 30 mins and that was it! I concluded that I would not get the sub 2 hr and decided that I would just go out on the day and just enjoy the run. I went for 3 runs during the week leading up to the Half, all of these were no more than 3 mile runs but slightly faster pace than what I would normally run at.

So come the day I cycled in as a warm up and then got ready to run. Was really happy to see lots of support and had a chat with many friends also running the Half. With this run there was no MP3 support as it was out right banned. This I thought was going to make it much harder for me.

I started out on a quick pace but nothing more than what I was happy with. It was only when I got the 5 mile marker where there was a timer I saw I had run that first 5 miles in 46 minutes, then at 10 miles 1hr 32 mins having kept the same pace for 10 miles I dug deep to keep the same pace for the next 3 miles knowing that if I did I would come close to the magical 2hr. I dug deep and pulled that last 3.1 miles out of the bag in 27 mins. Across the line I was dead I really felt I had given everything, which is an awesome feeling. I took sometime to recover before cycling home. The back of my calfs are what suffered most for that run as for the next 3 days they continued to remind me they were there.

So Stroud Half done my next challenge is now 2nd March with Reading Half, I have a plan for this one already, but for now the running shoes will be taking a good rest over winter as currently my daily exercise is taking a lot out of me already.